Take a minute and admire the name of the book and the author. Oh, and did I mention the creepy-but-captivating cover? I don't think I did. So give some time to that as well. Good. Now let's get on with the review. 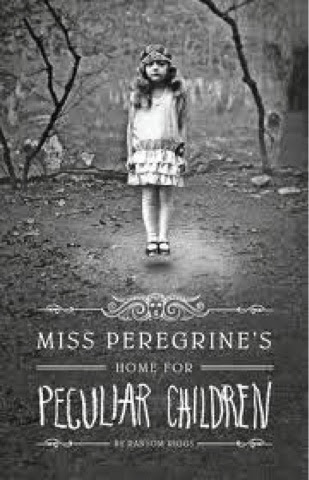 Genre: YA Fantasy
Pages: 352
Type: #1 in Series? Duology? Trilogy? Name? Don't know.
Rating: 5/5 peculiar stars
Synopsis: 16-year-old Jacob has discovered the ruins of Miss Peregrine's Home for Peculiar Children. As Jacob explores the abandoned building, he realises that the children were more than just peculiar - they may have been dangerous. And somehow - impossible though it seems - they may still be alive.
Review:
First off, there are pictures in this book. Pictures! Vintage ones. How cool?! So the book was a bit weird. Good weird, though. It was just really captivating and interesting. The premise was neat and very intriguing. It makes anyone pick the book. So that's good.
The whole book was really realistic. I know what you're thinking. Aisha. That's fantasy. No fantasy could ever be realistic. But somehow, call me crazy, the book was realistic. Jacob's life before discovering the island was very realistic. The writing was realistic. The characters were realistic. So really, it was realistic. And I just used the word "realistic" 7 times, now 8. Time to move on.
There were pretty freaky and scary and gruesome parts. Even I cringed. And there certainly were some mysterious things and secrets about. So that was pretty interesting to read about.
There's also a tinge of romance in it, so romance cravers like myself wouldn't starve. And that's about it. It's pretty interesting overall and a quick read. Anyone would like it and I definitely recommend bit to you, you and you.
Posted by Aisha @ InkWellofWords at 7:21 AM